Advocating for better cycling facilities can take a number of different forms. Everyone can be involved! Here are a few ways:

This is a list of known recent openings, re-openings, temporary shared path or popular cycling road closures around Western Sydney. Please contact us if you have any updates to these, or would like to let us know of other closures that aren't listed here.

Details: Council's Canterbury Town Centre Upgrade page. Some additional notes to the route below, thanks to James who emailed the below comments:
The Council has helpfully installed a short temporary asphalt path through Tasker Park so cyclists don't have to conflict with pedestrians using the Aquatic Centre entrance and carpark, they have also linemarked Phillips Avenue in Canterbury with cycleway signs too. Another asphalt path has also been installed next to the dog park in Close Street on the other side of Canterbury Road in case people miss the detour or need to go to Canterbury Station/Town Centre.

Note: This is part of a popular cycling route between Strathfield and Wolli Creek, and being done as part of the Canterbury Town Centre upgrade. 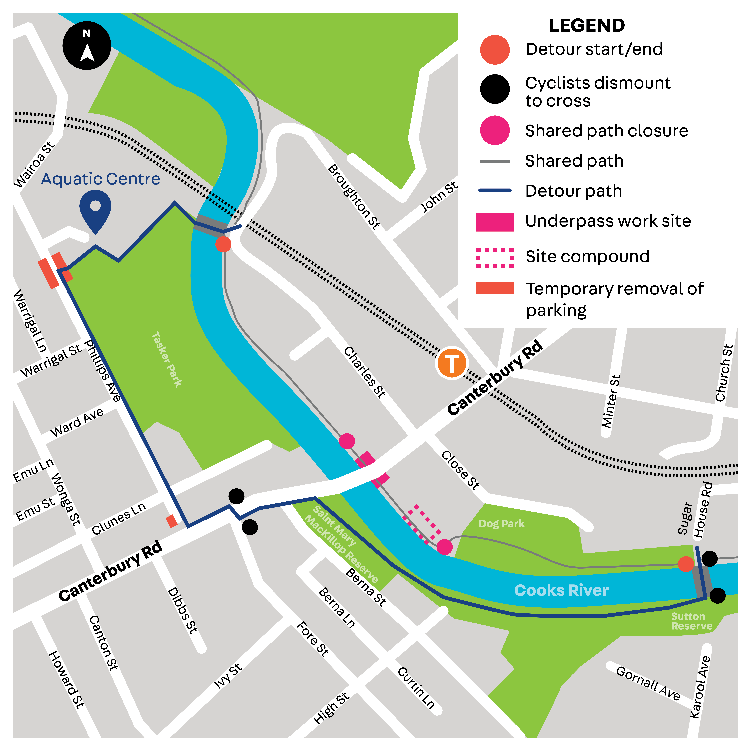 Reason: Upgrade work on the Spillway bridge by Select Civil/Cardno on behalf of Water NSW.

Dates: Initially closed intermittently between April and July 2021, but works continued until September 2022.

Note: This is easier and safer than the previous route along Raymond and High Sts. 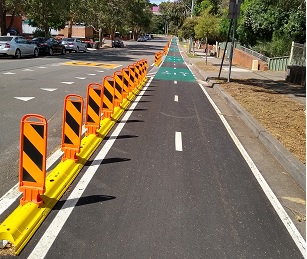 Note: This is a valuable 460m long addition to the Parramatta Valley Cycleway (shared path). It removes the need to climb the hill to cross Macarthur St at the zebra crossing, and makes navigation of the shared path a lot more straight-forward. See CAMWEST's Westmead to Concord West ride, which uses this section of path. 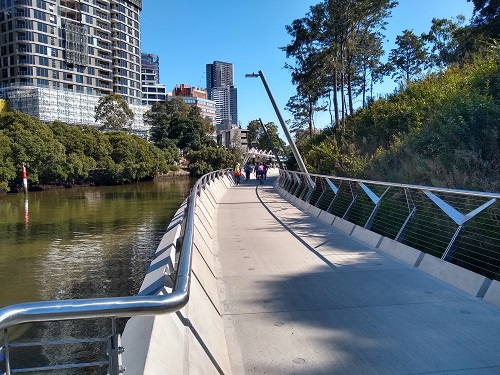 Note: This is part of a popular cycling route between Richmond and Windsor, along the Hawkesbury River. It looks like it may take some time to reconstruct the road. There was no way through when the site was visited in May. A shorter loop can still be completed, starting and finishing at Richmond, and doing a loop around the western half of the Lowlands. 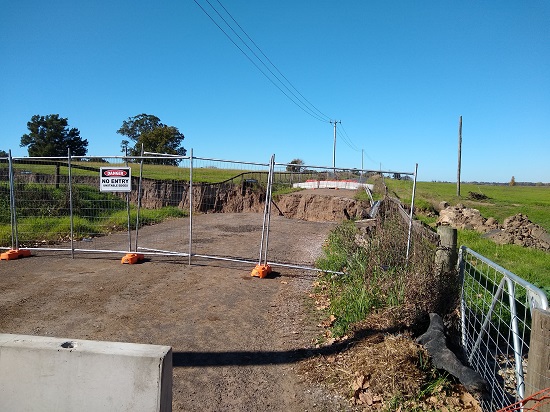 There are several shared paths currently under construction or soon to start construction in the Parramatta and Blacktown areas. These include:

CAMWEST along with other bicycle groups, individuals, and government bodies submit comments when community consultation is sought on projects that affect cycling in our area. Below are some examples of what we and other organisations have submitted or been involved with.

The NSW State Govt have granted Cumberland Council over $770,000 to undertake detailed investigations on converting the disused 100 year old Pippita abatoir line between Lidcombe Station and Olympic Park into an active transport corridor. Although in poor condition, bridges already exist across Parramatta Rd and the M4. See this link for a link to the video story from Seven News.

This phase of Community Consultation is now closed. The project documentation can be found at:

A report has been released on corridors for the Eastern Harbour City.

Bicycle NSW, CAMWEST and other Bicycle User Groups are currently assisting Trasnport for NSW with identifying corridors for the Central River City.

Walking and cycling in Cumberland

View an interactive map where people have made comments.

Feedback from CAMWEST and Bicycle NSW:

Submissions from CAMWEST and Bicycle NSW:

Submissions from CAMWEST and Bicyle NSW:

The project is for widening the Westlink M7 Motorway between Prestons and Richmond Rd. Community consultation is now closed. The project documentation and a copy of all submissions including the Submissions Report can be found at:

Individual submissions from CAMWEST, Bike North, Bicycle NSW and Blacktown Council: Submissions Report (including a copy of all received submissions):